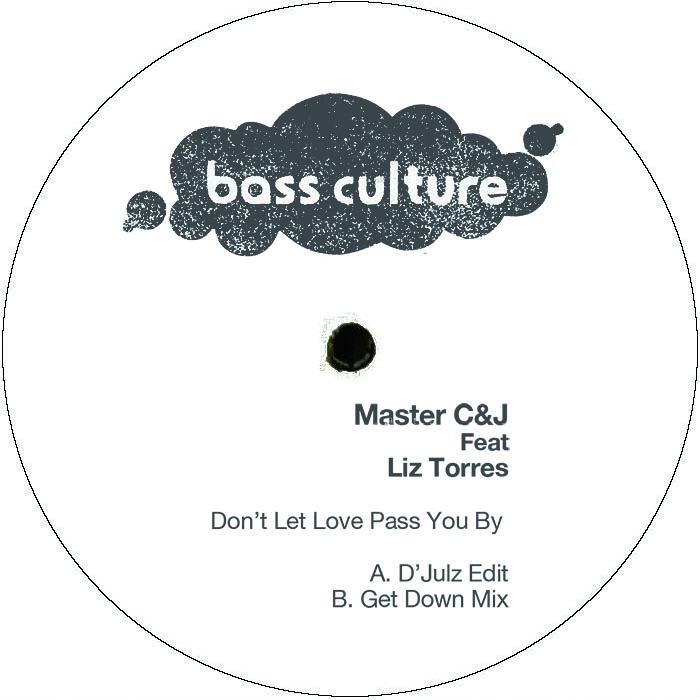 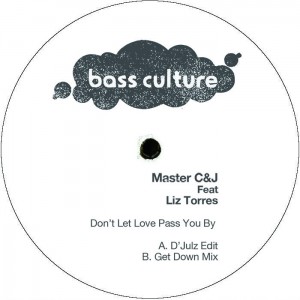 A classic house track gets a re-release and an extra special edit from Bass Culture owner D’Julz. The edit of Chicago groover ‘Don’t Let Love Pass You By’ from Master C & J has been a staple of D’Julz’ sets for quite some time now. Over time more and more people have asked about the track and he duly responded to demand by not only clearing his rework for release, but also signing up the original to be reissued via his label. So we have the original version, which oozes Chi-town sleaze, remastered for 2015 together with the superb edit by the man himself, D’Julz. Need we say anymore ?

“amazing ! love” Jamie Jones – “loving both mixes actually !! Will play for sure” Dorian Paic – “yesss” Ame – “Very dope. 🙂 old skool goodie, diggin the edit” Brawther – “I know this one of your favorites D’Julz. Causes serious damage on the floor!!!!” Doc Martin – “nice one !!!!” Anja Schneider – “cool stuff , thanks” Dubfire – “coool ! will play at heideglühen this we” Woody – “nice one!” DVS1 – “so good! love it! thanks” Sebo K – “Well done with thos edits. I will play it. Thanks, Tobi” Tobi Neumann – “great djulz edit! merci ;)” Sonja Moonear – “always a sucker for some master c+j!” Ben Sims Yeah! Great to have an update on this one 🙂 Melon Love that classic as well as the edit! Marco Resmann great sounding ace! Jacques Renault killer Luke Solomon Great track and killer edit from Djulz!! Just kept the groove rolling… Willie Graff such a BIG tune. Glad it gets a re-release. Nice edit by Julz too! well done to all! Gerd D’Julz is the sexiest frenchman in techno!!! ;0) Matt Tolfrey superb, great choice and nice edit too Matt Styles Loving this! The edit brings out the sleezy edge further and gives it a more contemporary spin losing the organ bassline Jimpster Very Nice! Tedd Patterson HOT !! Franco Cinelli good stuff as always Cesar Merveille shits kinda tight Tripmastaz Love Djulz edit! Roustam Awesome re-issue, Julien gave me the mp3 version and I have been slamming it! Satoshi Tomiie