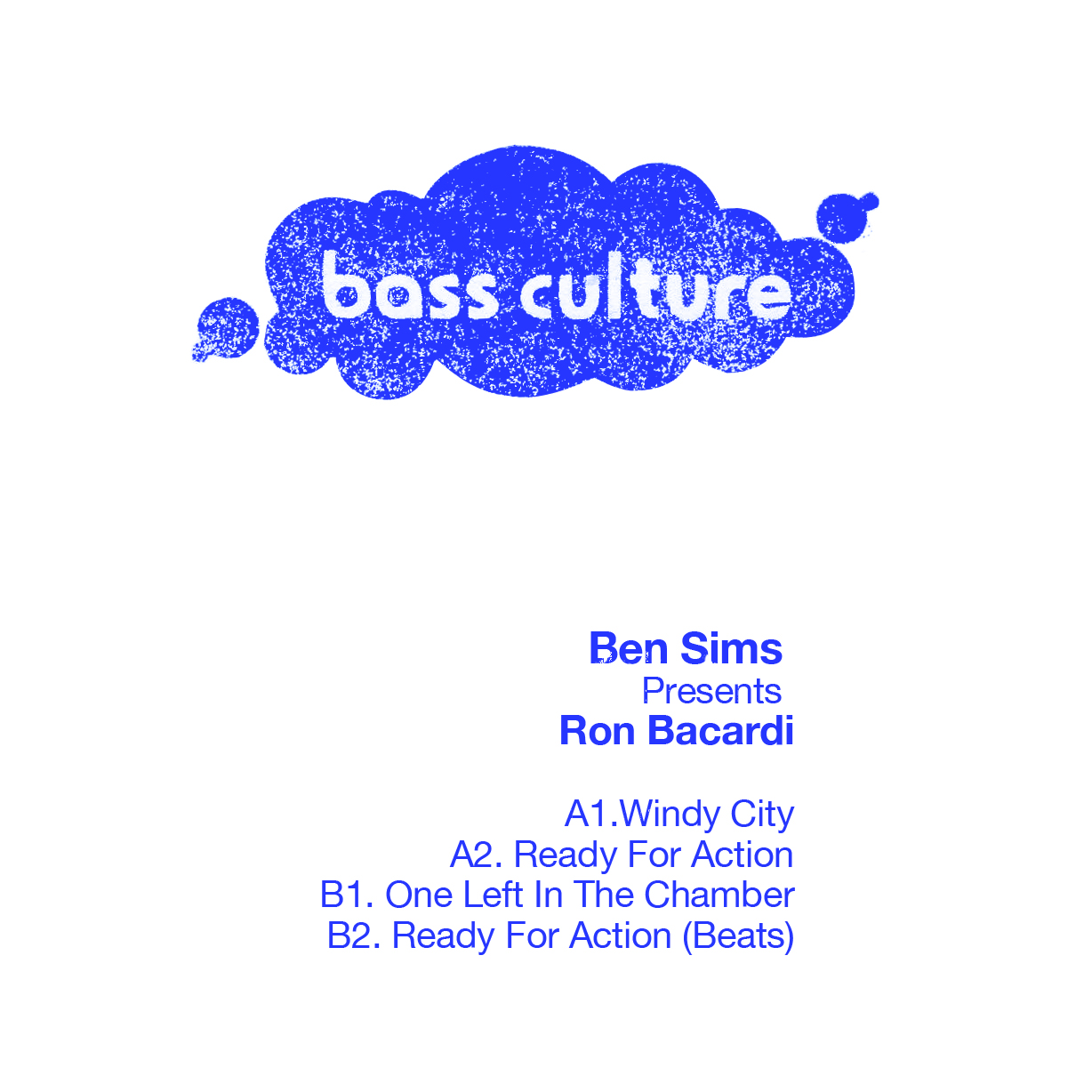 A UK techno powerhouse returns to Bass Culture for their 55th release, bringing the ruckus with four deadly cuts that combine killer beats with powerful bass and a high level of production, as you might expect from D’Julz‘s respected label. Ben Sims appears under his Ron Bacardi alias with a follow up to 2015’s debut release, ‘Rock Your Body/First Effort’. Much like the first EP, Sims’ new release is fired up and ready to deliver its potent energy to the dance floors of the world.On the A side we’re met with ‘Windy City’, which kicks things off in frenetic style, its slamming beats colliding with the layers of analogue to produce a rather chaotic start to proceedings. This is followed by ‘Ready For Action’ a tough, bouncing cut featuring a delectable female vocal which really sets things off nicely.The flipside continues in a similar vein as ‘One Left In The Chamber’ brings a smooth vibe, though with the emphasis still on the percussive side of things. Sims flexes his production muscles across all four tracks here, injecting the music with his years of experience on the road and in the studio. The last track is a ‘Beats Mix’ of ‘Ready For Action’, highlighting the focus on beats, beats and more beats, adding an extra touch to an already powerful track. This is music par excellence from an artist who is a consummate professional, enjoy!