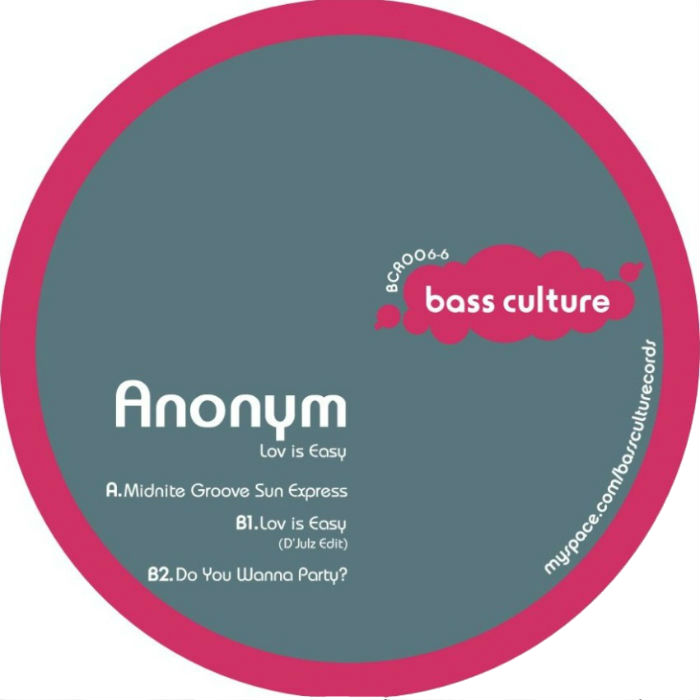 So to release number six, and D’Julz welcomes Anonym back, to deliver his very own Bass Culture, ‘Lov Is Easy’. In recent times it has been fashionable for European producers to try and recreate the classic sounds of Detroit. The true vibe and feel can surely only come from the City itself? As his name suggests, whilst we know very little about Anonym, we do know that he hails from the legendary Motor City, and the true essence of his home town can be heard and felt in his music. Classic sounds constructed with a modern touch. Gritty, raw and crying out for sweaty basements. Both original’s ‘Do You Wanna Party’ and ‘Midnight Groove Sun Express’ are backed by a the superb D’Julz edit of title track ‘Lov Is Easy’ and a rework of Midnight Groove Sun Express by Zoë Xenia, summer style…