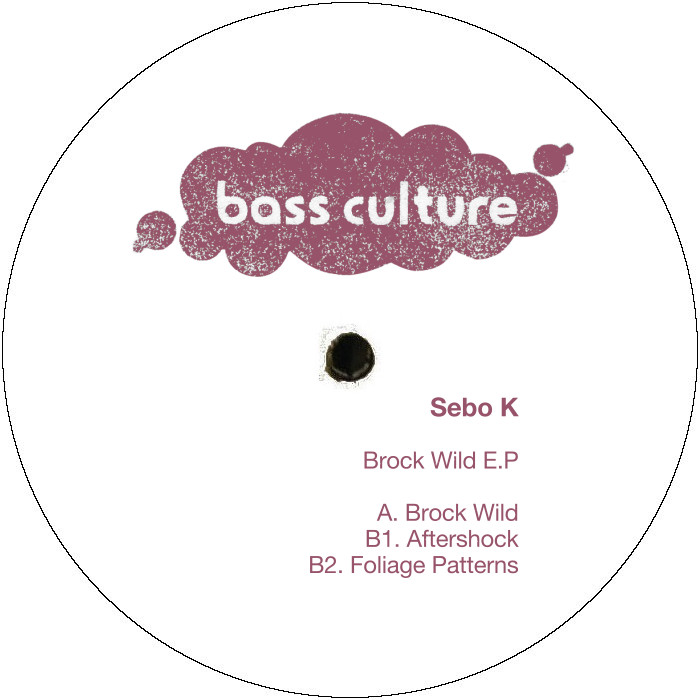 As we roll into a brand new year Bass Culture keeps the pressure high with a funk-filled new three-track EP from one of Germany’s finest, Sebo K. The Berliner has been entrenched in his city’s vibrant scene since the nineties, when he was playing breakbeat and jungle. In fact, there’s a nod towards his early days on the ‘Brock Wild’ EP, along with some sultry funk. Head of his own label, Scenario, and curator of parties under the same name, Sebo K has also produced music for a long list of some of the world’s most influential underground labels and now he steps up to Bass Culture with this sleek collection.

The title track is a steady roller with hefty bass rumbling deep below sturdy beats. The groove is funky and low slung, swirling pads mesmerise you as soulful female vocals raise your vibration. The track is punctuated by an iconic sample of UK reggae star Top Cat, which was used in several early jungle tracks in the mid-nineties and now again on Sebo’s killer track.

Flip the record over for side B, which kicks off with ‘Aftershock’, another sweet groove with jazzy hues, more punchy percussion and a warm, simmering undercurrent. As the track evolves, techy notes are added to its potent mix and we get a wonderful mix of traditional sounds and more futuristic effects.

Last but not least is ‘Foliage Patterns’, a sensual cut straight out of the US school of deep house. This is one that will be spun by all the deep house masters no doubt, with all the elements you need to inject some bounce into the dance floor yet still touch its soul.

As we said, Sebo K is one of Germany’s finest, a versatile producer and DJ who demonstrates exactly why he remains one of the nation’s most consistent and respected artists. Make sure you add the ‘Brock Wild’ EP to your collection, it’s a must!