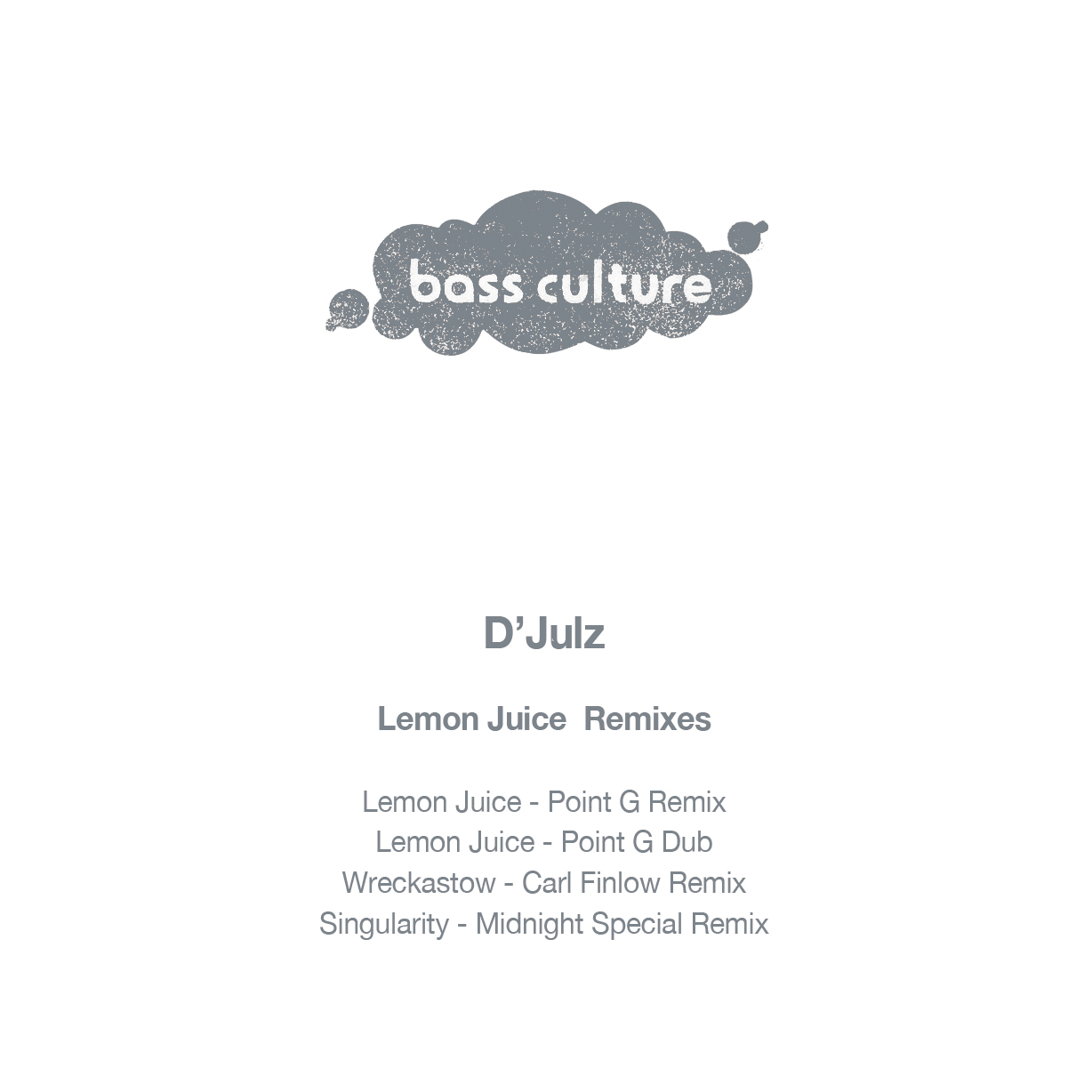 Bass Culture Records enters 2020 with a powerful remix package. Label boss D’Julz called up some of his good friends to step up and rework his own music for this nifty little collection. On the bill are Point G, Carl Finlow and Midnight Special, each bringing their own unique flavours to D’Julz’s original work.

On side A we have Paris legend Point G remixing ‘Lemon Juice’. On the first of two versions, he delivers a typically avant-garde production with an elastic bassline and dank, mystical atmospherics. On the ‘dub version’ Point G gives us a heads down, minimal roller which is dense and deadly.

Flip the record over and we have Carl Finlow’s punchy rework of ‘Wrecka Stow’. This feels very eighties with supersonic synths, laser beams and intergalactic FX bouncing all over the place. Emotive and highly danceable, it’s a seriously enjoyable remix.

Closing the remix EP is Midnight Special’s reinterpretation of ‘Singularity’, which turns the solemn original into a jump up dancefloor banger, complete with razor sharp 4×4 beats and a highly contagious bouncing b-line. Hints of the original are there, but this is a total makeover that completely transforms the vibe of D’Julz’s production.